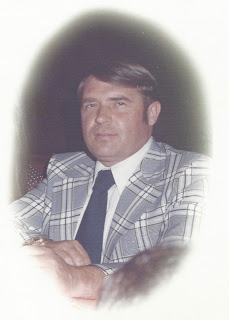 My dad passed away on Saturday, June 1st.  My sister and I were in the room.  Our husbands were near by.  Dan and I flew up to Great Falls, Montana, where he lived, the day before.  We had known for 3 or 4 weeks that he was struggling, but until we landed on Friday, we didn't know the end was so close.

When we saw him on Friday night, he still recognized us. He wasn't able to say much, but we knew he knew we were there. We spent a few hours with him on Friday night and several hours on Saturday. Most of the time he was in a morphine assisted sleep.

After we returned from getting some dinner on Saturday, at about 6:00pm, we could tell he wasn't doing well. We called my sister to make sure she was coming over.  My dad was struggling to breathe. Dan and I both thought he might die, but I wasn't really prepared for it.

While my sister and I were sitting next to him, a thought came to my mind.  I wondered whether he felt like he could leave. I asked my sister what she thought. She then told him that he was free to go, that she would be okay and that he didn't need to stay and protect and provide for her anymore. (My dad had fulfilled that role for her at different times in her life.)

After my sister made those comments he opened his eyes wider than I'd ever seen them opened. He looked up from right to left several times in a very startled manner. Then he sat up in bed, winced in pain two times and then fell back down on the bed.

I tried to find a pulse, but couldn't. He was gone.

Within 5 minutes of my sister telling him he was free to go, he was gone.

That was the first time I had ever been with someone when they passed or died. I had always expected it to be a peaceful, spirit filled experience. It wasn't like that. That troubled me. For the next few hours I wondered why he didn't smile, reach for the light, say the name of someone who had previously passed, etc. That was what I'd expected.

Later that night, when I was praying, I asked Heavenly Father what had happened. Why wasn't it a peace-filled passing? The answer I received was, "He didn't understand what was happening."

That made me feel sad. I wish I had told him what to expect. I think I didn't because I didn't want to offend him. He wasn't LDS and only sporadically attended any church. Even if I had offended him, that would have been better than "not understanding what was happening" when he was passing.

I made a mistake. I won't make that same one in the future. I'll worry more about helping increase understanding than possibly offending.
Posted by Unknown at 8:40 AM 1 comment:

We received an unexpected gift last night.  It was remarkable and will be remembered and cherished.

We are having a neighborhood donut party tonight.  Our family has had donut parties, it seems like, forever. We make the donuts and the toppings. Then people come and enjoy them. 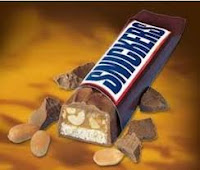 Since the donut party is today, I had to make all the frostings yesterday.  Last night, about 7:00pm, I was still making the frostings and I was tired--really tired. Dan had fixed dinner for the kids. After one of the kids (our 19 year old) finished eating he offered to help.  Then Dan offered.  Then another child (our 22 year old)  did.  Finally the third child (our 27 year old) did as well. 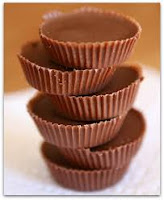 I really appreciated the help. They unwrapped and cut up loads of Snickers bars and Reese's cups. The help was nice, but the effect of that help is what was unexpected and amazing. All of a sudden our entire home was filled with a tender and sweet spirit. It was almost tangible.  For a second I thought about turning on the TV to watch Derek Hough dance in the finals of DWTS, but quickly checked myself.  I wasn't going to lose this spirit no matter who was dancing.

It remained for at least a half an hour--until I realized I needed 6 more ounces of Snickers and another bottle of vanilla. I am so grateful for that moment in time. It was truly a gift.

Posted by Unknown at 5:43 AM No comments:

I don't know about you, but every May is crazy.   The month rivals and sometimes surpasses even December.

In May, kids are finishing up school with all the activities associated with it: concerts, programs, finals, graduations, etc.  People in almost every area are trying to get things "finished" before everyone takes off for the summer.  Vacations are being planned. Most parents are panicking knowing their children will be home, all day, for the next couple of months. 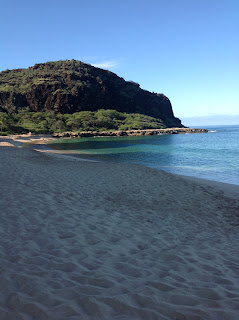 What does the month of May have to do with a blog post entitled A Fiat 500 in Hawaii?

We went.  We had a wonderful time and several remarkable experiences. One of those experiences involved a Fiat 500.  Before I say anything more, I need to apologize to any readers who may have a Fiat 500.  Enough said.

Since it was just the two of us we decided to rent a compact car. Our idea of compact and Alamo's were quite different. When the agent took us to our car,  I stopped in my tracks. Was that the whole car?  Was he crazy? There was no way we were going to drive that thing.  Dan and I looked at each other.  And, after having spent 7 hours on a very cramped plane and another hour getting to the "enter the rental car" stage, we shrugged our shoulders and got in.

Driving the car was an adventure.  I referred to it as a tin can on wheels.  Dan said he felt like he was driving a go-cart.  Driving on the freeway next to semis was "invigorating".

Although we weren't staying in Honolulu, we were nearby one day when we decided to get something to eat.  We thought we'd try The Rainbow Drive-In, one of Guy Fieri's Diners, Drive-Ins and Dives restaurants (it's a food network show).  Of course we got lost, took the wrong exit, couldn't find the street (all this while using an ipad map for directions).  At one point, when we thought we were close, we got in the lane to turn left.  As it turned out, left turns weren't allowed there.  We found ourselves trying to turn left in an intersection, with a red light facing us, cars coming from many directions and a large semi-like truck heading right for us.

Some questions arose:  did we sign some sort of release when we agreed to take this car; do our children know where our wills are; what will people think when they read that two attorneys were killed in Hawaii when trying to find a Guy Fieri restaurant while driving a Fiat 500?

The truck stopped.  We survived.  We even found the restaurant.

The thing I finally grew to appreciate about the Fiat 500 was that even though it was May, and we were in Hawaii celebrating our 30th anniversary,  it made me feel like we were back in college.  Driving that car was not the responsible, mature, sensible thing to do.  But it sure made life exciting!  It turns out this May and that Fiat 500 made me feel young!

Different Yet the Same

We just held our semi annual Stake Conference.  It was wonderful.  I think it changed me.

While there I felt such a strong sense of family and community.  I felt connected to those of our faith as well as others.  We are a community--different from each other--yet the same, in so many ways.

The speakers who spoke enriched my life.  Some were long time members of the LDS church.  Others were recent members.  They were different, yet the same.  Just like all of us.

Different yet the same.

I hope I will be better in reaching out to others.  My husband, Dan, is such a great example in this area. I'll try.

Yesterday was our Stake Temple Day.  For some that may not be a significant event.  For me it is huge.  It is something I look forward to, as much as any holiday.  Our stake focuses on the temple. 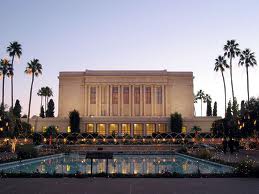 Ever since my husband has been Stake President, we have spent the entire day in the temple on Stake Temple Day.  That may sound daunting or overwhelming to some.  I'm sure it did to me the first time. But now, it fills me with a spirit of peace and longing.  We arrive early in the morning. Yesterday we got there before 5:00am.  We leave at night. Yesterday we left about 8:00pm.

At different times we have done various ordinances on that day.  The last three Stake Temple Days have been different.  Instead of performing ordinances, we wait in the foyer and greet stake members as they arrive. It has been an amazing experience. Throughout the day, hundreds of members from our stake come through the temple doors.

They are filled with love, devotion to the Lord and appreciation and dedication to the temple. It is an honor to greet them and share those feelings with them.

Being in the temple with our stake members has created a true feeling of family for me.  I am the only member of the Church in my family, so this extended stake family is so very important to me.

If you want to feel close to the Savior and to your "family", attend the temple.
Posted by Unknown at 2:26 AM No comments:

God's People Have Always Been Immigrants

I saw this headline when I looked on www.azcentral.com last Sunday.  It caught my attention.  I agreed with the statement.  It fit right in with my changing view on immigration.

For years, in Arizona, immigration has been a real concern.  It has been a contentious issue.  My response was always something like, "I think whoever wants to live here should be allowed to, as long as they are paying taxes". 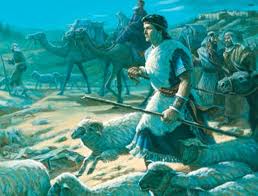 Things got heated up with SB1070.  A short time later the Church issued a statement with regard to immigration that initially took me back.  It said something along the lines of accepting everyone, just as the Savior would/did. I thought a lot about that.  Were immigrants "illegal aliens" or "undocumented immigrants"?

Since that statement was issued by the Church, I have searched the scriptures for extra direction.  I have been amazed at what I have found.  Everywhere, everywhere, there are examples of being charitable, and accepting those who have left their homeland, by choice or force. Next time you're reading, look for them.

I've learned a lot.  I'm thankful the Church issued its statement.  I'm also thankful the scriptures are full of examples for me to follow.
Posted by Unknown at 2:05 AM No comments:

Email ThisBlogThis!Share to TwitterShare to FacebookShare to Pinterest
Labels: Lessons

The Need to Understand Agency 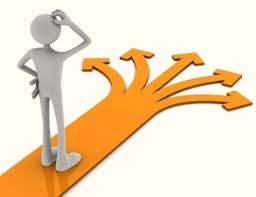 As I was listening, I was receiving guidance. I was also comforted by a feeling of peace. I felt as if a set of caring arms or the softest blanket in the world was being placed around me.

Then this thought came to me:  you need(ed) to learn the importance or value of agency.  Then my thoughts went to the fact that you learn best when you experience something yourself.  We must gain a testimony and a working knowledge of the importance, value and absolute necessity of agency.  How else can/could we have the courage and faith necessary to let it be the governing principle that it is.